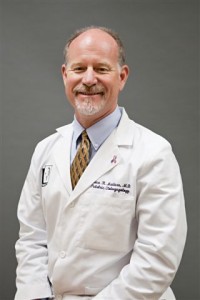 Dr. Bruce R. Maddern graduated from the University of Vermont in 1976 with a Bachelor’s degree in Zoology. He has two years of Master’s level work in Developmental Biology and Biochemistry, followed by medical education at Tulane University.  He received his M.D. degree in 1982.  Dr. Maddern completed graduate medical education and residency in Otolaryngology-Head and Neck Surgery and Pediatrics at Tulane University in 1987.  He completed a combined research and clinical two-year fellowship program in pediatric otolaryngology under the sponsorship of the University of Pittsburgh, Children’s Hospital and The National Institute of Health in 1989.  He is board certified in Otolaryngology/Head and Neck Surgery and is a Fellow of the American College of Surgeons and the American Academy of Pediatrics.  He is a current member and former member of the board of directors at the American Society of Pediatric Otolaryngology.

He has held several academic appointments at Mercer University, Mayo Clinic and the University of Florida.  He is currently a Courtesy Assistant Professor of Pediatrics at the University of Florida and faculty for the Cleft Lip/Palate and Craniofacial Program of the University of Florida-Jacksonville.  Dr. Maddern was the developer and medical director for the regional children’s cochlear implant team and helped develop and implement the Newborn Hearing Screening Program for Florida.  He also served on the State of Florida Task Force on Newborn Hearing Screening Program.  He is an associate/surveyor for the Children’s Surgical Verification program of the American College of Surgeons, a national accreditation program dedicated to improving surgical quality for children.

Academic interests and publications have included several book chapters and professional peer reviewed articles in the areas of pediatric infectious disease, obstructive sleep apnea, laser surgery and biophysics, airway surgery and head and neck reconstructive surgery.  He has served and continues to serve on several local, state and national committees concerned with children’s health issues in an effort to help children with hearing loss, communication disorders, cleft lip/palate and other diseases of the head and neck through education, research and patient care.  He has a long term career interest in surgical quality and outcomes.

He is a longtime member of Rotary Club of South Jacksonville, involved in multiple community service projects.  He has participated in several longstanding medical and surgical mission projects, performing cleft lip/palate, craniofacial and head/neck cancer care, to the Philippines, Brazil and Grenada.  He is a longstanding member of the CHORES, a charity medical/surgical and service group

He has been nationally recognized for teaching and service.  He has been awarded a certificate of honor for service and teaching by the American Academy of Otolaryngology Head and Neck Surgery and the American Academy of Pediatrics.  He has been recognized repeatedly by his peers as one of the “Best Doctors in Jacksonville” and “Best Doctors in America” in 2005-2017, along with U.S. News & World Report and Castle-Connolly Services.  He received the Steve Grey Award for Humanitarian Service in 2012, given by the Society of Ear, Nose and Throat Disorders in Children for his work in international cleft lip and palate service missions.  He was an invited speaker for the First World Congress of Pediatric Otolaryngology in 2019.

He has been married to his lovely wife, Barbara, for 40+ years and has 3 grown children.  His outside interests include fishing, gourmet cooking and skiing.  He is a charter Jaguars season ticket holder.